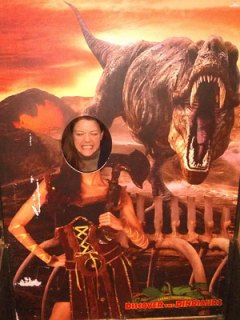 So, I’ve begun the initial earnest stages of “getting fit” (which of course involves all the additional fun stuff that happens when you start getting fit with diabetes).  No, I don’t ever expect to look like the gladiator chick with the T-rex in the picture but I will need to borrow her warrior spirit.

Brief Backstory:  Baby No. 2 (who is now 18 months) was a total surprise!  I’m pretty old to be a new mommy again and also was told I couldn’t have any more kids.   The pregnancy was difficult on my body in many ways, not to mention being Type 1, having Graves Disease, and requiring bucu synthetic hormones to maintain it.  It took me a little over a year postpartum to feel remotely back on track (and finish nursing the babe).  Then the week before this past Christmas I had outpatient surgery (also related to baby No. 2), which I hope was the final step in getting my body more or less regulated again.  Yippee! 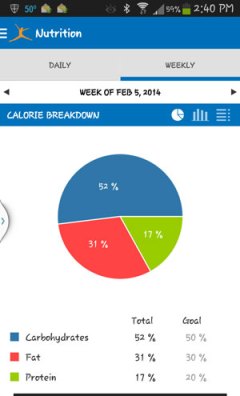 Now, it’s finally time to lose that baby weight (and hopefully get my A1c back to where it used to be)!  I’ve been tracking my weight and BGs, and keeping a rigid food journal for about three months so that I have a realistic baseline.  Also, while counting carbs is obviously a daily occurrence, I’ve never had occasion to count calories before.  The baseline data really gave me a good idea of where the calories I’m consuming are coming from.  (Note to self:  Yet another variable that I would love to compare long-term via computer algorithm to my BGs to see if there was any correlation between high/low calorie meals or days and BG readings).  I used MyFitnessPal food journaling app and a Fitbit to collect my data.

A week and a half ago I started hitting the gym for regular exercise and cutting out enough calories to supposedly lose 1lb a week.  More on how things are going and how all this is affecting my BGs in future posts : )  Wish me luck!

Check out these related posts: 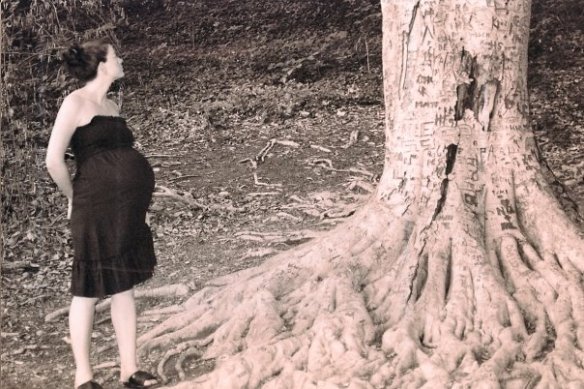 Proud.  This is an easy one.  I could try to think of something different but the truth is this is one of those words where the obvious and simple choice that comes to mind is the right choice.  My babies.  I’d probably be the most proud of them even if I didn’t have diabetes but having gone through those pregnancies successfully with T1 makes me especially proud. 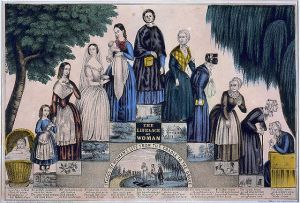